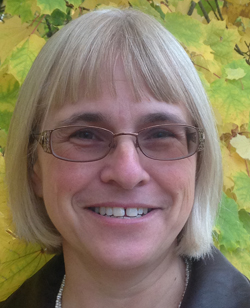 Suzan was born and raised in Nakusp and moved to Kaslo in 1979. She is married to Len Hewat, a fourth generation Kaslo resident, and has three children and one grandchild.

Suzan has worked in the bookkeeping/accounting field since 1981 and has been employed as an accounting technician for a local accounting firm since September 2001.

Suzan has served on many volunteer boards since moving to Kaslo, including: the Daycare Society, Scouting Group, Parent Advisory Group, Curling Club, Minor Hockey, Hospital Auxiliary, Kaslo Community Forest, Kaslo Jazz Etc Society and the Chamber of Commerce. She has also been the Chair of the finance committee for the past six years.

Suzan has served as a councillor since January 2005 for the Village of Kaslo before being elected Mayor in November 2014. She loves the natural beauty and the history that is within the Kaslo area and looks forward to working with the community in her new role as Mayor.