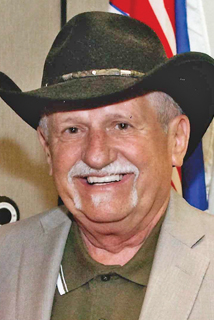 Born in Nelson and raised in the Slocan Valley, Walter graduated from Mt. Sentinel and furthered his education in Vancouver obtaining a diploma in Telecommunications. He started his work in the Telecommunications industry in Vancouver then moved to Burns Lake, Penticton, and finally back home to the Slocan Valley. He was employed with TELUS as an Engineering Technologist at the headquarters in Nelson. Walter was responsible for administering and designing telecommunications infrastructure in the West Kootenay Area. He was a member of the Applied Science Technologists & Technicians of BC until his early retirement.

Over the years Walter has been involved as a volunteer in many different organizations in the Slocan Valley. He was a member of an Advisory Planning Commission in Area H for eight years; for two different Directors and was Chair of the Commission for six of those years. Before being elected Area H Director, he was a Commissioner for taking affidavits and a Senior Citizens Counsellor with Interior Health for the Slocan Valley. Walter was first elected to office in 2008; during his term in office he has achieved level 1, 2, and 3 certification in Local Government Leadership, from the Local Government Leadership Academy.