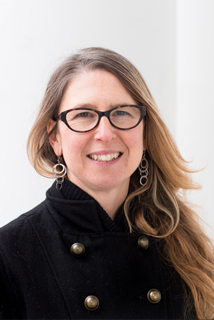 Aimee grew up in a small Ontario town and moved out to British Columbia in 1997 after travelling Europe in her late teens.  Aimee worked many years in retail before studying herbalism, nutrition and botany. After finishing her studies she moved onto the Fraser Common Farm Coop and became one of the field harvest managers. It did not take long before Aimee became very involved in the community, working with a variety of non-profit groups supporting the rights of small scale farmers trying to make a living in a large farm global food market. This offered opportunity for her to work with several MP’s and she developed a passion for community, good food and the political system. Aimee continues to be actively involved on a variety of boards, has been learning about the political system and discovering ways to develop a consensus within large groups.

In 2004, Aimee fell in love with a beautiful little town and moved to Kaslo, BC, where for the first year she worked up to eight jobs. She established herself in the small community and was hired by North Kootenay Lake Community Services Society to implement a food forum for the region.  After a year of hard work and research the Kaslo Food Security project was established and in 2009 the doors were opened for the first accredited community food center in Canada.

After the completion of a successful project Aimee was graced with the birth of her son and took a year off to enjoy motherhood and commence studies at Ryerson University in the field of Food Security.

While on maternity leave Aimee continued to work on projects concerning food security and with Director Shadrack – Electoral Area D. In 2011, Director Shadrack approached Aimee and asked if she would act as his Alternate Director for Area D. After assuming the role of Alternate Director, Aimee worked on a variety of files from highways, the West Kootenay Boundary Regional Hospital District, chair of the Advisory Planning Commission, to meat regulations and attending the national conference for municipalities (FCM).

In 2014, Aimee was elected the Electoral Area Director for Area D and is the Chair of the RDCK Board of Directors.

She currently lives in Kaslo with her son.