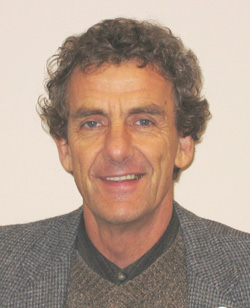 A resident of the Kootenays for over fourty years, Paul Peterson was elected Director for Area K - The Arrow Lakes in 2002 and is currently serving his sixth term. He has served as a Councillor for the Village of New Denver and the appointed municipal Director to the RDCK. Paul also served as a Trustee for twelve years for the Arrow Lakes School District and for seven years as a director on the Board of Directors for the Columbia Basin Trust.

Paul is an avid organic gardener at his home in Burton. His wife Lin has been servicing the area as a hairdresser for over twenty five years and her shop is attached to their Burton home. He has helped raise four sons and two step daughters. Aside from politics, Paul has been negotiating purchase and sell agreements in the real estate business for most of his working career, but claims he really learned to negotiate while helping to raise six teenagers.