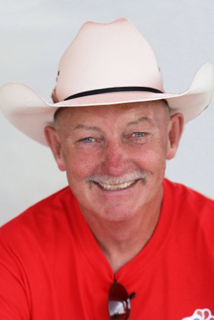 Rick has been a resident of Robson for over thirty seven years and has been married to his wife Donna for fourty one years.  Their daughter Jessica was born in Castlegar and raised on their small farm in Robson.

Rick worked for Selkirk College when he and his wife first moved to Robson. After that he worked for the Provincial Government as a Problem Wildlife Contractor handling wildlife complaints for over twenty years and as an Animal Control Officer for almost twenty seven years. Rick and his wife currently operate a small farm.

Rick was elected to his first term as an RDCK Area J Director in 2014.

Rick believes strongly in giving back to the community that you live in and has been enthusiastically involved with the Pass Creek Exhibition Society since 1995. He has had the opportunity to be on the Exhibition Society Committees and has been a part of hosting numerous events such as the B.C. Senior Games, Spring Farm Fair, Dog Shows, Horse Shows, RCMP Musical Ride, music concerts and Bluegrass Jamboree.

Rick is committed to the communities of Area J and responsive to all of his constituents.

Rick is thrilled to be re-elected in 2018 as Area J Director and is looking forward to working hard with all the regional directors in the Central Kootenay, as well as with all levels of government.